Bo Diddley vs. The Red Baron

I was in my teens when I first heard George Thorogood‘s version of Bo Diddley‘s “Who Do You Love” with the line “Snake skin shoes baby put them on your feet/Got the good-time music and the Bo Diddley beat.” That was perhaps my first inkling that Bo Diddley was a real person. 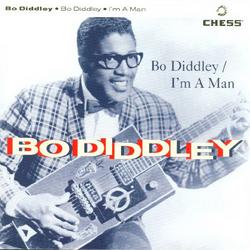 When I first heard of Diddley I was five years old. And as far as I knew, he was just another cartoon character referenced along with Snoopy, Alley Oop, and the Jolly Green Giant in the novelty album Snoopy vs. The Red Baron by The Royal Guardsmen. The album had a cover version of the song “Bo Diddley,” and heavy rotation in my home.

Sadly, Bo Diddly is gone now. Also sadly, he is forever linked in my mind with a throwaway band from the 1960’s–likely one of many who never paid Diddley any royalties

Life is not fair.